The World is your Golf Course 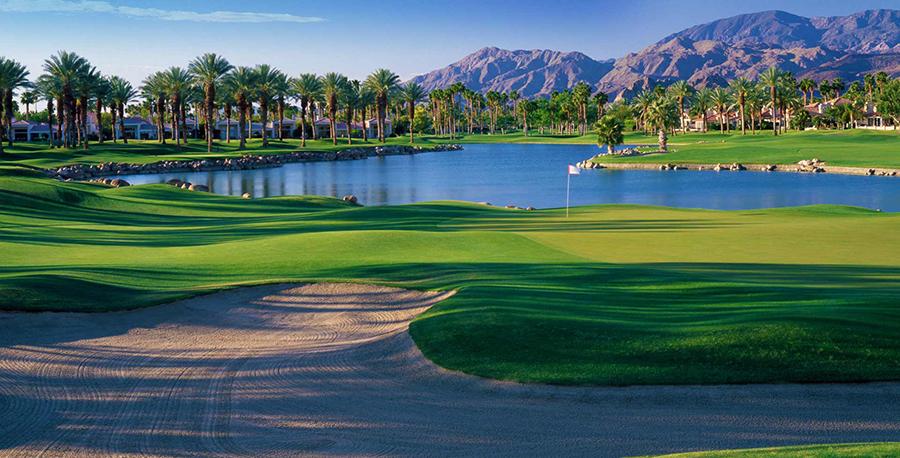 (The Best Golf Courses around the World)

Aside From your golf equipment, like your golf clubs and, of course, your golf outfit (it is next to golf clubs when it comes its importance), you need a place to play golf too, right?

Golf courses have always been recognized for their natural beauty and tranquility. With the silence broken only by the swishing of golf clubs, clinking of balls, or the warbling of the cheerful birds and the sound of the leaves rustling as the wind blows through the trees (and the occasional angry golfers that misses their shots of course), Golfers have a feeling of pure calmness as if they were worlds away from the reality. While it is often scrutinized for its abundant use of land and natural resources, the golf industry is answering back with sound programs that assist courses in measuring environmental sustainability. A course is a thing of beauty, and it takes good architecture to achieve it.

(The 10 bests Golf Courses around the World) 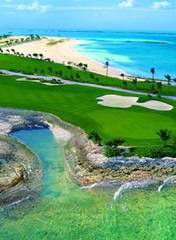 Throughout the history of golf design, two things have consistently been regarded as the greatest priorities for golf architects: that their courses should be a playable, interesting challenge for golfers of every standard, and that they should sit as lightly as possible on their natural environments. Not just the game alone that the golfers love, it is also the breathtaking view of the courses that they admire, the cunning strategy and the exciting challenges. You can also check this book: Golf Course Design (amazon). ﻿﻿This book may be a help as it covers all aspects of golf course design and construction.

Listed below are the most astonishing golf courses around the world that you may want to pay a visit. 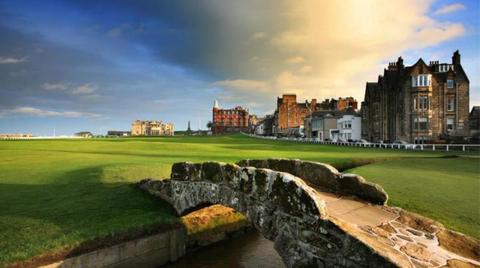 The old course at St. Andrews in Scotland is considered as the oldest golf course in the world and many would say that it is the “Home of Golf”. Golfers have been playing golf on this particular piece of property since the 15th century.

The first game was played in the old course at St. Andrews links, 600 years ago and it is much easier to obtain a tee time than many others might think. The Old Course has hosted the Open Championship in a record of 29 times, including the most recent one in 2015.

The Links has played host to the game’s greats as well as those enthusiastic amateurs for whom the chance to play St Andrews’ hallowed turf is a dream come true. As well as seven courses, the Links also manages four shops, three clubhouses and a Golf Academy - all open for the public to enjoy.

Like the Augusta National, volumes and volumes have been written about the Old Course of St. Andrews, but its primacy in the world of golf history cannot be approached and will forever remain unsurpassed. 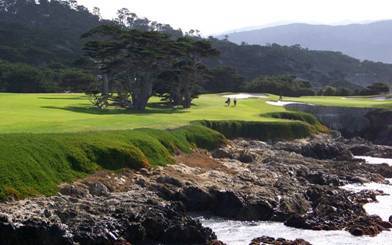 Cypress Point Club is a private golf club located in Mile Dr. Pebble Beach, California, USA. The club is nestled in a quiet, secluded place, with a golf-club community adjoining Lake Lawson and Lake Smith and has a single 18-hole course. And is well known around the world for a series of three dramatic holes that play along the Pacific Ocean: namely the 15th, 16th and 17th holes, which are regularly, rated among the best golf holes in the world. The 16th is a long par three that plays over the ocean.

As Alister MacKenzie himself must have felt about his 1928 design, it’s almost inconceivable that land this stunning was made available for golf. For the lucky few who have access to super-exclusive Cypress, they’re privileged to enjoy the best walk in the sport.

The Club features a Grill and Restaurant, as well as a venue for full-service private events, banquets, and corporate outings. The course

Shinnecock Hills Golf Club is a tony private club in Southampton, New York, that is considered as one of the Grande Dames of American golf. One of the American courses that is closest to being a true links-style golf course (Which is virtually treeless, except some areas around the perimeter, tall grasses blowing in the wind, and a seaside location on Long Island), and was built in sand hills.

It was the first golf club in the United States to accept women golfers and members right from its start. The Golf course took its name from the American Shinnecock Indian Nation whose 750-acre reservation is just nearby. 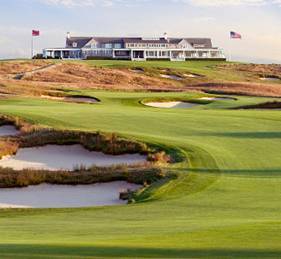 The Club has been involved in litigation which the other area landowners and the Shinnecock Nation attempts to reclaim the land from the club. The disputed property includes the Shinnecock Hills Golf Club, which Native American representatives say is the location of tribe burial grounds.

The center of the lawsuit is over a 1703 deal between Southampton and the tribe for a 1,000-year lease, and charges that a group of powerful investors conspired to break the lease in 1859 by sending the state legislature a fraudulent petition from a number of Shinnecock tribesmen.

Although other tribal members immediately protested that the petition was a forgery, the legislature approved the sale of 3,500 acres of former tribal land. Despite of that fact it is still considered as simply “best of breed” factor elevates Shinnecock ahead of County Down, which is not the single best course of the Isles links style. 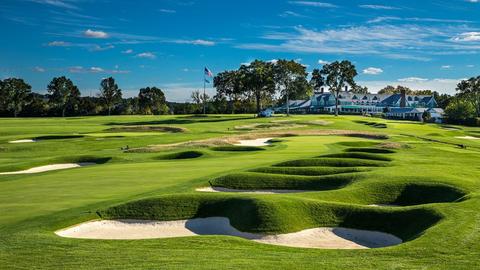 One of the grandest old golf courses of America, Oakmont Country Club is considered as one of the best and the most challenging courses around the world. The golf course is located outside of Pittsburgh, Pennsylvania. 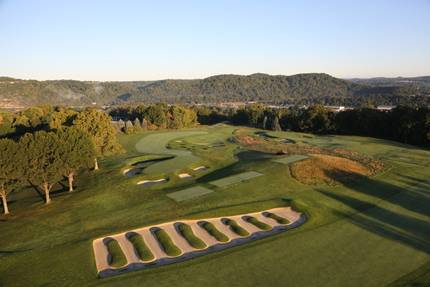 Oakmont is regarded as the “oldest top-ranked golf course in the United States”, and was designated as a National Historic Landmark in 1987.The course has been consistently ranked as one of the top five best by Golf Digest’s 100 Greatest Golf Courses in America, and in 2007 Oakmont placed 5th by the magazine. It is one of only a few courses ranked every year in the top ten of the publication’s history.

In total championships hosted (21), it also far outranks any other course. Oakmont is the ultimate examination of golf and the only course on earth that plays so much viciously harder than it looks.

A genuine original, its unique character was forged from the sandy pine barrens of southwest Jersey, and was founded in 1913, in Philadelphia by a group of amateur golfers who purchased a hundred and eighty four acres (184) of rolling, sandy ground deep in the pine lands of Southern New Jersey, which then later gave George Arthur Crump who knew the area, the opportunity to design the course. 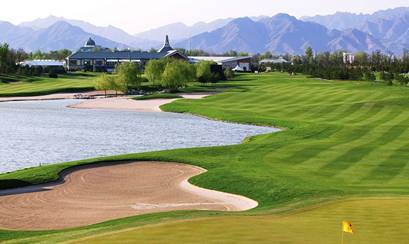 Being the first and only golf course design, Crump made, he sold his hotel in Philadelphia and plowed his money into the course.

Marshlands had to be drained and 22,000 tree stumps had to be pulled with special steam-winches and horse-drawn cables. This was all done at a time when many golf courses were still built with minimal earth moving, and the course was called “Crump’s Folly” by some.

Pine Valley blends all three schools of golf design (penal, heroic and strategic) throughout the course, often times on a single hole.

One of the most difficult starting holes in major championship golf; Augusta’s opener has ranked among the course’s top-four toughest holes in relation to par nine times in the last 10 years. Augusta National has played host to the annual Masters Tournament, one of the four major championships in professional golf, and the only major played each year at the same course. It was the top-ranked course in Golf Digest’s 2009 list of America’s 100 greatest courses and was ranked #10 based on course architecture on Golf week Magazine’s 2011 list of best classic courses in the United States.

The club has drawn criticism for its exclusive membership policies, which banned African Americans until 1990 and women until 2012. The club, which long required all caddies to be black, barred black golfers from the Masters Tournament for 40 years until Lee Elder participated in the 1975 Tournament. Tiger Woods was the only person of color who won the tournament. Check this one also: Where Golf Titans Meet 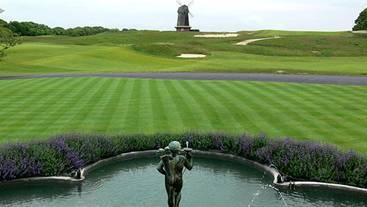 The National Golf Links of America was selected as the host of the 2013 Walker Cup in September 2008, and in 2009, “The National” was ranked 15th in Golf Digest’s list of America’s 100 Greatest Golf Courses. National Golf Links of America is laid out over 250 acres (1.0 km2), and the course has a par of 72 and plays 6,873 yards (6,285 m) from the back tees. Many of the holes were patterned from famous golf courses in the British Isles and adapted to fit the local setting.

A unique feature on the golf course is a windmill located between the 2nd and 16th holes. A member once remarked that a windmill would make a nice addition to the course. And so, McDonald, the architect who designed the National Golf Links, purchased one when he was in Europe and of course, he sent the bill to the said member.

Every blade of grass is perfectly manicured, but a layout that feels perfectly un-manipulated. Located in Newcastle, County Down, Northern Ireland Is Royal County Down Golf Club. It is one of the oldest golf clubs in Ireland, which have two 18-hole link courses. 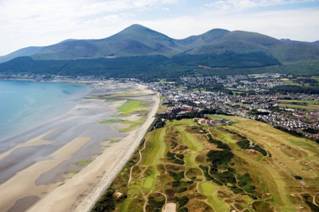 The Championship Course at Royal County Down measures over 7,200 yards (6,580 m) from the back tees, and the fourth and ninth holes are featured in the book “The 500 World’s Greatest Golf Holes”. Royal County Down has made an outstanding contribution to Irish golf from the Club’s beginnings, hosting many important tournaments, starting as soon as after it has opened, and still continuing to the present day.

Notably, the Club in 2007 became just the second Irish venue, after Portmarnock, to host the Walker Cup.The courses, the atmosphere, the scenery, the people.. Royal County down is a great place to play golf.

As one of the best golf courses, Royal Melbourne’s original course was laid out near the Caulfield Racecourse in 1891 in which the members played there for ten years until the historic move that marked the birth of what is now the world famous Melbourne sand belt.

Located in Black Rock, Victoria, a suburb southeast of Melbourne, golfers have not only get to experience the game the way it’s meant to be played, but they get to do so in a lushly landscaped world inhabited by deer, swans, hawks and other local wildlife native to our Long Grove golf course.

Royal Melbourne has been the favored venue for the big tournaments including the Australian Open, the World Cup, Bicentennial Classic and The Presidents Cup from 1930s, and ever since 1959, these events have been played on the Composite Course made up of six holes from Russell’s East Course and 12 from MacKenzie’s West.

“I love Merion, and I don’t even know her Last name…” said Lee Trevino, after winning the 1971 U.S. Open. Merion Golf Club is a private golf club which is located in Haverford Township, Delaware County, Pennsylvania, a suburb 15 miles northwest of Philadelphia.And what makes Merion so distinctive is its exceptional diversity. Some par-4’s are short, others are monsters. 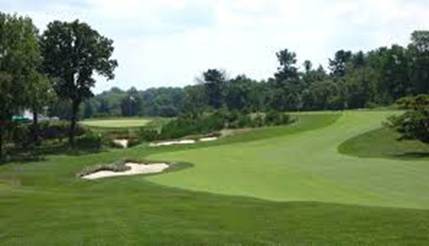 Next time you hit the global road with your Golf clubs in tow, your golf equipment packed behind you and your golf outfit ready (which are all available at golfgearsdirect.com.au), head for these extraordinary golf clubs where they are as serious about pampering as they about the great game of golf.

These golf courses around the world have a lot in store for you golfers, so book in your next plane ticket and expect to enjoy this scenic and abundant nature while playing golf. Check this article also: Golf Course Introduction.