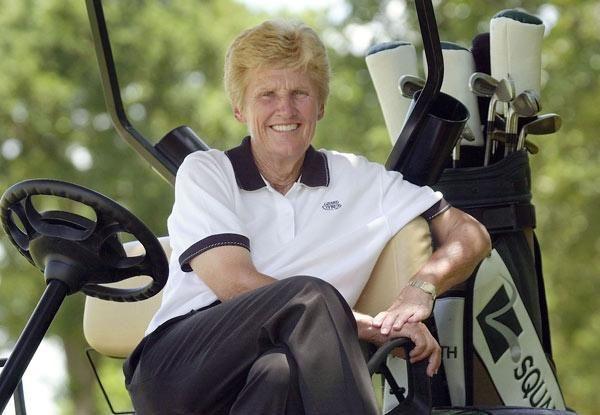 Just like any other sports, there are always people who excel in their craft due to their hard work and fiery passion. Names like Michael Jordan, Earl Strickland, Michael Phelps, Babe Ruth and others already have transcended from the mortal plane to reach the hall of legends, writing their name in history itself for the feats that they have done where no earthly human have ever attained.

Golf is no stranger to this trend and has its own legends too, where men and women of this sport have displayed amazing performances and unbelievable victories despite unimaginable odds. One of them has made her name known to every professional golfer and knowledgeable amateurs alike. Meet the lady who topped it all off, Kathy Whitworth. Read more at Greatest Golfers of All Time Ranker. 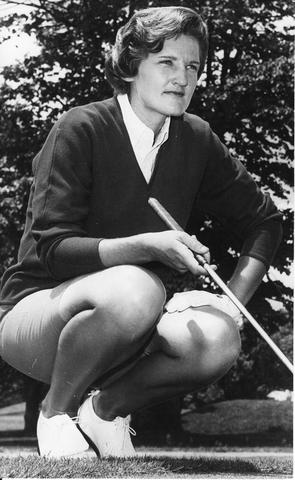 Kathrynne Ann Whitworth, or also Known as Kathy Whitworth, was born in Monahans, Texas on September 27, 1939 and is the youngest child of Morris and Dama Robinson Whitworth.

Whitworth’s father is employed in a lumber company in Monahans, but eventually relocated the family to Jal, New Mexico where their extended family lived. She grew up in Jal, New Mexico where her parents owned and operated a hardware store there until 1981. At first, she played bass drum and tennis before concentrating on golf.

Fascinated by Whitworth’s devotion to the sport, her parents joined the Jal Country Club so that Whitworth could play whenever she wanted (supportive parents are always the best!) and also have her take lessons from a professional at the country club who felt she had potential.

Later on, her first tutor, hardy Loudermilk felt that Whitworth is improving rapidly and thought that he doesn’t have the skills to push Whitworth’s talent to the next level. After teaching her all the things he knows and gauging Whitworth’s skill, he decided that she is ready for the next step.

Loudermilk contacted one of golf’s most esteemed teachers and requested him if he would work with her. Harvey Penick, a well-known and outstanding tutor at the Austin Country Club, agreed to meet with Whitworth.

She began making regular trips to Austin, Texas, a 400-mile journey, for three- and four-day lectures and practical training. She would make the drive with her mother who would take notes of Penick’s suggestions and recommendations.

Penick would frequently contact Loudermilk with information about Whitworth’s progress and what she needed to practice.

Whitworth’s tireless practicing and the dedication of her mentors and family helped her win the New Mexico State Women’s Championship. In two consecutive years (1957 and 1958), In her first year of winning, her prize was a turquoise necklace that she turned down, instead asking that the awarding committee give her a trophy (a turquoise necklace doesn’t symbolize a champion, a trophy, on the other hand, is a part of the champion’s image).

During that year, four sponsors offered to support her in her early years on tour. All four sponsors agreed to fund $5,000 per year for four years, As Whitworth recalled it in her 1989 book Golf for Women, “The only condition of agreement was that I had to give them half of my winnings during that time, which turned out to be nothing.”

The Road where Professionals Tread 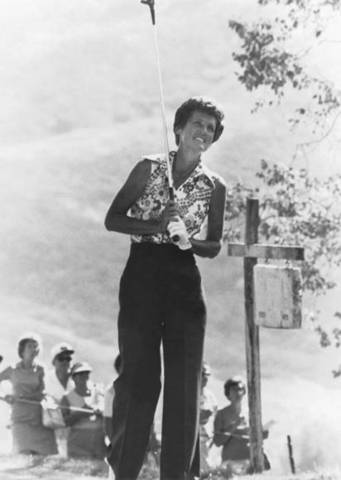 Whitworth’s first season of professional golf was in 1959. She decided to drop out of Odessa Junior College, grabbed her golf club and wore her golf outfit to focus mainly on her career and to studying and learn the realities of tournament play.

Even though she was excitedto be playing professionally together with the best players around, she did not play well and made no money. Being more and more disheartened with the situation, Whitworth went home to talk about her plans of leaving the tour.

Thanks to all the encouragement of her parents during their pep talk, that inspired her to return and continue the tour. The next week she tied for last place and won $33. That win was enough to keep her going (well, when the going gets tough, the tough gets going).

Whitworth became persistent and driven to make golf her career. In 1961 she enrolled herself in a six-week golf clinic held by LPGA co-founder Patter Berg. With the help of Berg’s clinic, she learned many different techniques of shots, which she consistently practiced. Her practice paid off as she started placing in the top ten. In 1962, at the Kelly Girls Open in Elicott City, Maryland, Whitworth managed to dominate other players victoriously in her first match. After that she regularly placed in the top two spots together with the women’s golf legend Mickey Wright. Check out Top Female Golfers for more details.

In a span of nine years, from 1965 to 1974, Whitworth claimed at least two of the following three titleseach year:

Player of the Year

Just as the name says, the player who lacks up the biggest earning in that year. She earned all three titles in five different years. For 17 years in a row, she won at least one tournament; a record matched only by male players Arnold Palmer and Jack Nicklaus.She came out victorious on 88 LPGA Tours and here they are arranged according to the year she achieved them: 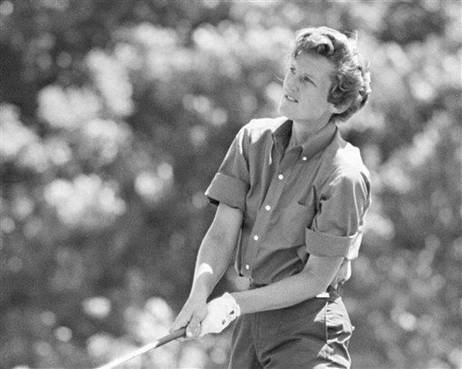 Aside from her 88 LPGA wins, here are 6 Major Championship that she won:

She also has other wins throughout her career. That includes: 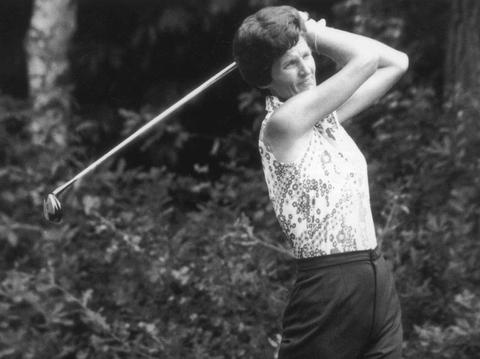 Of course, due to her persistent hard work and achievements in the world of golf, she racked up a lot of awards during her professional career, such as 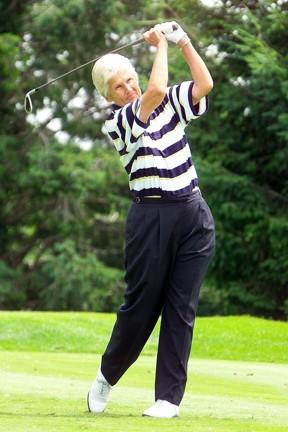 1982 - Added into the Texas Sports Hall of Fame

1986 - First one to receive the William and Mousie Powell Award

1987 - Bestowed with the Patty Berg Award

Of course, in order to attain these awards, Whitworth made many sacrifices for a professional career in golf, including giving up the chance of having a family of her own and thought that marriage and golf didn’t mix (let’s just say that she is married to the game of golf, per se). You can check this book I found in amazon, Tour Mentality: Inside the Mind of a Tour Pro maybe this might give you some ideas on playing golf.

Her commitment to the game put her in the history books. In 1984, she beat golfing legend Sam Snead’s all-time record for the most professional wins when she ended up victorious in her 85th tournament. By 1988, she included three more tournament wins to that number and placed herself securely at the top as the professional golf player with the most win in the history of golf, man or woman. You can also visit: Top 5 Greatest Female Players in the History of Golf 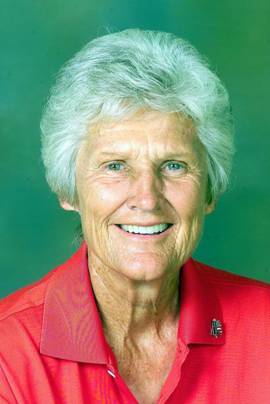 Regardless of her ongoing victories, those were hard and strenuous years for Whitworth personally. In 1986, Whitworth’s entire retirement fund vanished when the company she had invested in, Technical Equities Corporation, went bankrupt.

Whitworth explains the effect in detail of losing her retirement fund to Sports Illustrated’s correspondent Sonja Steptoe, “It definitely took something out of me.… I felt like I’d worked so hard. I didn’t know if I had the energy to start over.” Two years after that debacle her mother was diagnosed with cancer. Her mother’s cancer eventually went into remission, but Whitworth told Steptoe, “There were lots of heartbreak and lots of tears.”

Whitworth announced her retirement in 1991. She began conducting golf clinics and took part in exhibitions and ultimately joined the Senior LPGA tour instead of concentrating on competitions. As of 2002 she conducts lectures in the Kathy Whitworth Women’s School at the Grand Cypress Academy of Golf in Orlando, Florida. She faithfully writes articles to Golf for Women Magazine, and has written a book titled “Golf for Women”.

During her whole career, Whitworth has showed the world the finer characteristics of experienced and skillful golfer: discipline, concentration, humbleness, and perseverance.

With 32 years of play in the LPGA (Ladies Professional Golf Association) under her belt, she witnessed, attested and have taken part in the development and progress of women’s professional golf.

So pack up your golf equipment, choose your essential golf clubs, wear your most comfortable golf outfit (which are all available at golfgearsdirect.com.au) and start practicing harder, who knows, you might one day be the next “Kathy Whitworth”, or even surpass her!