Golfers - Dressed To Knock Socks Off 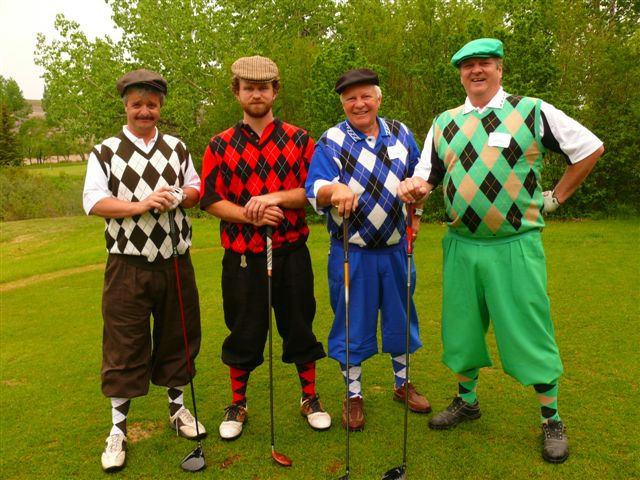 Real quick, when somebody asks you what a golfer looks like; maybe this image will pop in your mind right away:

Or most commonly this: 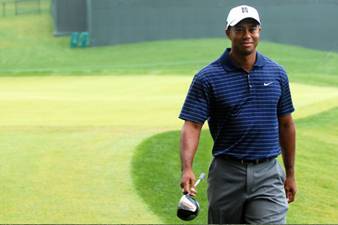 Yep, Tiger doesn’t really wear flashy outfits. In fact, he simply chooses toned-down colors pretty much all the time, for you know, it’s the golfer’s achievements that adds color to him and speaks for himself rather than the outfit that he wears on the golf course,

But just like the Grammy’s Awards Night, The Golden Globe Awards or Fashion Week, people like other devoted golfers and avid golf fans also look forward to what professional golfer’s wear in every golf tournaments (for unlike any other sport, golf have a vast array of outfits that golfers are permitted to wear, as long as it is within allowed parameters of the golf course’s dress code). And of course, golf have a fair share of fashion “wins” and “weirds”, from the most sassy and well-dressed ones to the over-embellished and funky ones that Lady Gaga would even take note of thee style for her next Grammy’s appearance.

Well anyway, we have compiled some of them. You ask why? Because why not

First and foremost, these guys are not literally bad at choosing their outfits all the time per se, it’s just that they look a bit “out of placed” in the golf course at some point, and took golf outfit style to the next level (or so).

Since John Daly is known mainly for his driving distance off the tee (giving him the nickname “Long John”), it is also not surprising that he wants to show off his “colorful” side by the kind of pants he wears. I mean, take a look at it! I bet he is the guy with the fanciest pants (literally) on any golf course he goes, wearing patterns that really catches the eyes on the first glance (and also makes you notice that it is him at even half a mile away). 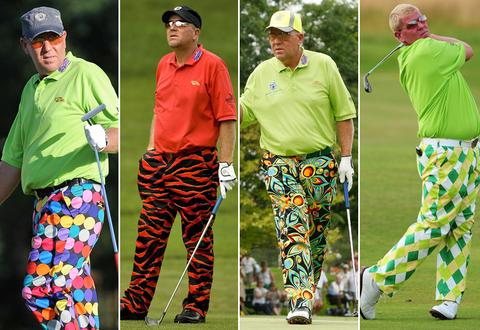 Pretty much any fancy pattern you could think of, John Daly have a pair of pants for that. Anyway, having him wear that gives the golf course a sense of “color” compared to the common misconception that golf is a dull game played by old people. See also: Why People Love Golf

And get this, he have his own signature line named “Loudmouth Golf”. Nothing can ever quite be more boss then having a mullet, smoking a cigarette and wearing dandy pants, oh and getting paid to do so. Bow to the king.

For overall looks, I give him a 7 out of 10 (come on mate, the guy wants to be unique and wants to leave a lasting impression) and for the pants? An absolute 10 out of 10! Way the go Boss! 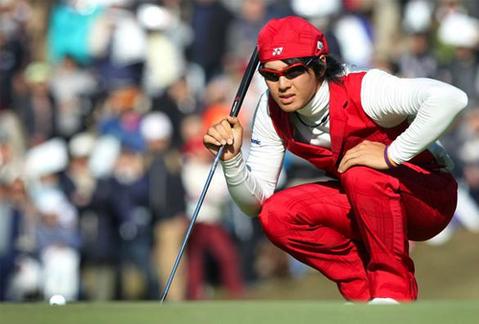 Ahh, the white collared shirt and glove partnered with red pants and visor, really is paying homage to the Japanese flag while still looking stylish. I get that he has a certain sponsor for his golf outfit but having the logo on everything he wears: on his pants, belt, shirt and visor is I think a bit too much and too “loud” (having the logo all over the place seems repetitive to me, I don’t know if part of the sponsorship contract is to wear it all at the same time or just a trend, who knows?).

Quick fact: Back in his Homeland Japan, he is known as “Hanikami Ōji”, which literally translates into “bashful prince” (seriously?).

Someone should tell Ryo to stick a little more to his nickname as he sure wasn’t bashful when he came dressed in that outfit full of apparel brand logo everywhere.

I don’t know if there is something between this guy and the red-white color motif but what I’m sure of is that it look really good (for me, personally, don’t judge me!), not counting the right pic where he wears a white turtle-necked long-sleeved shirt over a red vest (color: good, type of outfit: nahh, he looks like he came from the 70’s)

For the color, I give it a 7.5 out of 10 (there’s that snazziness despite of its simplicity having only 2 colors) and for the right outfit combination? uhmm…. 9 out of 10 for the left pic (simple yet slick) while 5 out of 10 on the right pic (he looks like an old lady who always jog in the park every morning).

Ryan Moore’s really loves neckties isn’t he? But if you think about it, it really looks nice, compared to other golfers who just simply wear a simple collared shirt and call it a day. If you first see Moore you would not really think that he is a golfer, but probably a skateboarder or a punk band member (every time I see his outfit, it reminds me of Fall-Out Boy or Green Day for some reason).

But hey, this get-up really separates him from other golfers who just simply stick with “boring” traditional gear. He, on the other hand, wants to set a clothing trend that will really appeal to the younger generations of golfers. (Of course, without compromising the classy looks that golfers are always known of)

Interesting fact: Don’t you know that Ryan Moore has a clothing line of his own? (That’s pretty nice, since a lot of younger golfers are not really comfortable with the traditional style of outfit, and also for people who wants to play golf in the morning and have a band gig in the evening)

For the outfit choice, 9 out of 10 for me (not because I usually have the same style preference like this dude, but I mean if he is making a “statement” with his outfit, then I heard it loud and clear). 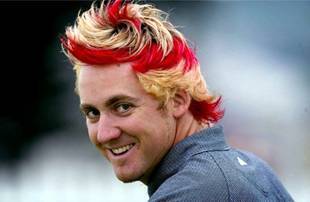 When it comes to dressing up, this guy is my spirit animal, like, he wears what he wants and whenever he wants (mostly on golf tournaments). He is like the superhero that we never asked for, but we always need. He always saves any golf tournament that fortunately needs his fabulous presence and expertise in the game against golf’s mortal enemy: Boredom. 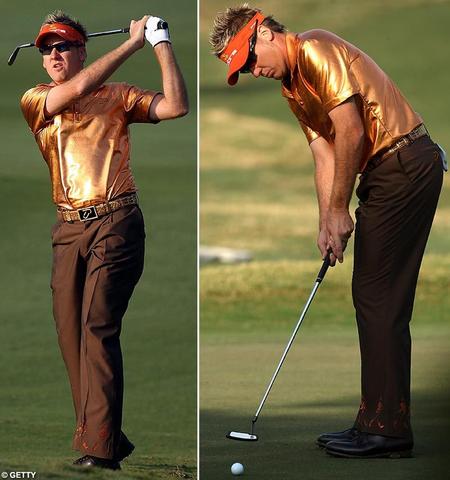 Arguably the worst dressed golfer on tour, Poulter has to be applauded to an extent because when it come to fashion, he just doesn’t give a crap or two. That bronze, shiny shirt with dark brown pants makes him look like he belongs to the show “Dancing with the Stars”. And that British flag for pants? I have no more questions.

Together with his outlandish style and the power of immunity to people who criticizes his fashion choice, he gives that faint yet visible smile to whoever sees him on the course. That smile that melts even the most broken of hearts and souls, leaving that anticipation for the next tournament to come. What did we mortals do to deserve you?
1249475 out of 10, no more questions asked.And yeah, don’t forget 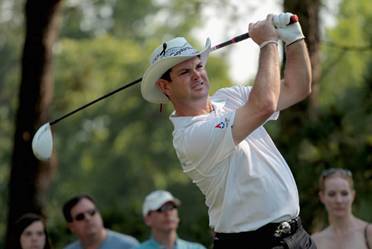 At a glance, one can really tell if you are from Texas by your cowboy hat with a matching over-sized belt buckle. There is no rule that prohibits the use of cowboy hats in the golf course right?

So Rory took it to the heart and donned it, taking it as his distinguishable style. Of course, only 50% of being a boss is the hat right? Add in his huge belt buck in the form of a skull and the appearance itself spells the word “bad-freaking-ass”.

Paying tribute to Texas (Fort Worth, to be exact, that is where he currently live), this cowboy dominated the PGA Tour six times in the span of 11 years, including: 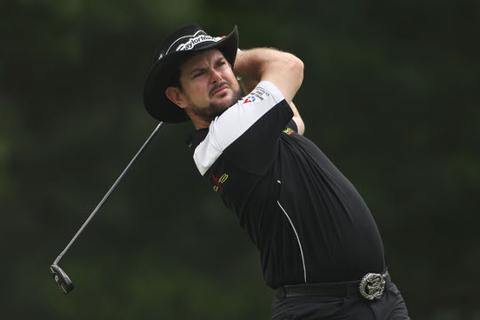 Yep, the cowboy hat and oversized belt buckle clearly is the lucky charm, probably providing him +50 on accuracy and for the skull buckle, +20 damage against undead, if so, I’ll give him 8 out of 10. 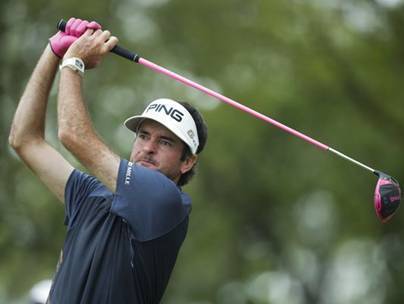 Yep, you see it right, Bubba wore an olive drab shirt complete with a urban cammo fatigues on that event, I mean, what can be more subtle than this? This is only perfect when you try to blend in with the bushes to surprise your enemies but man this is golf.

I’m thinking that some unfortunate golfer would take this as an inspiration and would wear a full ghillie suit on their next golf game (as long as your ghilliesuit has a collar, then why not?).

Jokes aside, Bubba doesn’t really play golf wearing this all the time, I mean personally Bubba is one of the guys out there who really knows what to wear based on the occasion and the location (except this one).

And also one of my gripes is that Bubba always have that giant sponsor’s name on his visor, which for me is a bit distracting (I think it’s just like Ryo as well, where one needs to show the sponsor’s name or logo somewhere on their outfit for advertizing purposes). 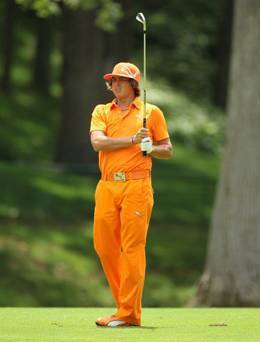 If there is one thing that I like about Rickie Fowler’s style is that he knows how to choose a specific color and make it as an overall motif. Unlike our usual get-up that includes multiple colors (like gold for necklace, blue shoes, grey jeans, red shirt and white cap outfit combination) Rickie will just choose either 2 or three colors and that’s it, he will just choose which part of his outfit will have that particular color. (heck, even one color will do, just check out his all-orange get-up above)

And also, he is fond of using vibrant pastel or neon colors (such as green, yellow, orange, purple and pink, especially pink) which really have him stand out among other golf players (of course with the help of his main sponsor).

Some people might say that he wears the worst attire on every game and I object to that. I know those people just want to maintain the traditional feel of the game by, you know, toning down the colors of outfits and such but as you can see, times have changed, and this kind of change (although a bit minor since we are just talking about the color of the outfit) does not really have a great impact on the game, and what’s more, it looks surprisingly good, right?

Anyways, we can’t impress everybody so yeah, opinions are subjective.

Every person has his or her own style, and we respect that. Those mentioned above are just few notable golfers that are really not shy about expressing themselves in their favorite game.

By the way, speaking of golf outfits, such as golf tees and golf shoes, of course you, yes you the reader, have your own style too right? If you are the kind of person who likes to simply wear shirts or golf shoes which have no vibrant colors yet stylish, or the kind of guy who really want to stand out among the crowd, you can check golfgearsdirect.com.au for your golf needs, for they provide quality products that will suit your budget.

So? What are you gonna wear on your next game of golf? Will you just blend in with the crown and keep a low profile, or be unique and eye-catching that everybody will recognize your style? The choice is yours. Visit Golf Outfits Mens for more worst dressed golfers.